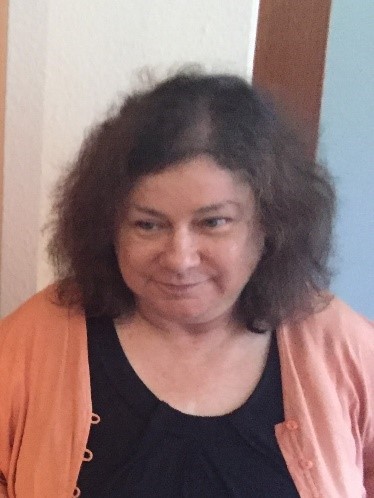 We are very sad to report that long-time ELTA-member Therese Duthoy died in hospital last Sunday. She had been suffering from cancer for some time but was only recently admitted to hospital, where she reacted badly to treatment and her condition rapidly deteriorated.

Therese grew up in Boston, Mass. and studied the flute to a professional level. She came to Europe with her Belgian husband and later moved to Cologne, working initially as a secretary in a law firm with international clients. When this was no longer possible, Therese took up work as an English teacher, combining this with translations of various kinds and teaching the flute. She taught English in a wide range of contexts, from kindergarten to training for the unemployed, often travelling long distances by public transport in an effort to make ends meet.

During this time Therese also organised care for her mother back in Boston and loyally supported seriously ill friends in Cologne. Unfortunately, a combination of her generous nature, her modesty, and unfortunate setbacks prevented her getting the full pecuniary advantage of her many abilities. With perseverance and good friends she did, however, seem recently to have achieved a certain equilibrium, entering retirement during 2020, but continuing to teach English and flute on the side. It is very sad that her illness and premature death have prevented her from getting longer satisfaction from this.

Therese appreciated the contact with other teachers in ELTA-Rhine and served as secretary to the committee for several years. She was also a key member of the small ELTA choir, where with her musical training and steady alto voice she provided structure and support for less experienced choristers. In pre-Corona times, she also enjoyed the ELTA Christmas parties – after singing with the choir, helping to drain a few bottles of red wine, and talking until all the others were packing up to go – and sometimes, in a small group, well after that.

Therese was generous to a fault, always willing to support others, and always finding the energy to inspire. Her friendship circle was wide and varied, and her passing will leave an empty space in many people’s lives in Cologne and further afield. Despite her love of music and performing, like giving flute concerts and playing with a community orchestra in Düsseldorf, she enjoyed her privacy and was not one to seek attention in larger gatherings. In more intimate company, however, she was very kind, very interested in others and hugely entertaining, with often surprising and humorous new angles on everyday issues, amusing anecdotes from her own experience and a tendency to find a song for every occasion.

Therese and I both grew up in the suburbs of Boston, Massachusetts but first met after we had moved to Cologne. Our friendship grew out of our shared background and expanded to include my local family – a daughter and 3 grandchildren. The first year she shared Thanksgiving with us and this became a tradition. She came to us on the Sundays of Advent to light candles and share some seasonal treats. We celebrated birthdays together. We went to the free lunch concerts at the Cologne Philharmonie, the Shakespeare Festival in Neuss, to films and out to lunch at the Café Reichardt (near the Dom). When my youngest grandson started kindergarten, Therese often went along in the morning to bring him there or in the afternoon to pick him up. She was more than “just a friend”. She was family. I’m grateful for the years of her presence in my life and the lives of my daughter and grandchildren as well as many happy memories.